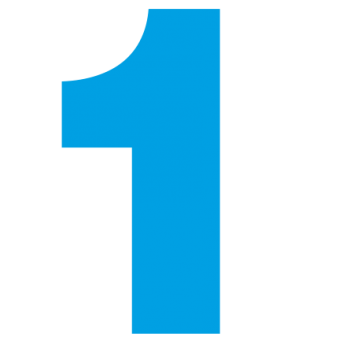 When my daughter was born, she didn’t have a bunch of hair. By the time she was 2, it seems as if she had even less. She suffered from eczema causing all of her hair to fall out, except a little poof at the top of her head. She also had extremely dry, fragile, thin sandy brown hair! I just knew that this poor child would always be bald and forever suffer the stigma of being the girl with itsy bitsy pigtails.

As my daughter turned from a baby to a toddler, I did everything to try to grow her hair back. She was getting taller and bigger; she was at the age where she should be wearing beads or pretty burettes instead of a tiny, dry, auburn . I purchased a “wonderful” moisturizer and applied it daily, sometimes twice a day. I would even deep conditioner her and have her run around with a processing cap on for hours. Whenever I would see a little girl with long pretty ponytails or beads, I would stop her mother and ask her what she was using on her daughter’s hair and then I would run out to pick it up. It NEVER failed, when I got to the beauty supply store, I would see that the product was packed with nasty ingredients and I would leave it on the shelf, frustrated and back at square one.

By the time my daughter turned 4, I had gotten so frustrated with both of our hair issues that I started to make my own concoctions. Over the next year, her hair had thrived like crazy. The nutrient rich diet that I was feeding her follicles had her hair growing like wild fire! Now, we had a NEW problem; her hair had gotten so thick that doing it became overwhelming at times. It seems as if she just woke up one morning with a ton of hair that had massive shrinkage and just took forever to do! We went from 4 beads per braid, to 10, to 20 (I wouldn’t put any more than that, but there was room for several more). For the next year and a half, she exclusively wore braids so that I didn’t have to handle her hair too often. Each time I took her braids out, it seemed as if her hair had grown a bit more.

See also  Living A Full Life Even Though You Have Diabetes

When Khyli turned 7, she no longer wanted to always have her hair braided; she wanted to try new styles, which required more upkeep. It seemed as if every time I did her hair, we would fight and I would threaten to cut it all off or make her get Sisterlocks. Doing her hair became a battle; a dreaded event. I had to figure out a way to make this more pleasurable; I didn’t want her to start hating her hair, start thinking that it was “bad” because I complained about doing it so much. Here I will share some of the tips and techniques I discovered that helped me with managing my daughter’s MID BACK LENGTH hair.

The first thing I did was make a conscious effort to be patient with myself. I would schedule her hair just like I would schedule a meeting. Do it on a day where I knew I had enough time to take it down, wash it, condition it, and then put it back up, which could easily take 6 hours.

As her hair grew and became denser, I started to wash her hair in sections. I would put 5-7 puffs in her hair and wash each one separately; this would cut down on tangles. I did the same with conditioning her hair.

Comb the hair in sections as well; starting from the ends to the root. Take small sections for very dense course hair. Use a detangling spray such as

Although Khyli is very tall, I still washed her hair in the kitchen sink, while she would lie across the kitchen counter. This made it so much easier to wash her hair; as she was more comfortable.

I also decided that I would make the day a bonding experience. We would spend the time to catch up! This was a time for just the two of us with very minimal interruptions. We talked about everything; how school was going, how my job was going, tell her stories about when I was a little girl or when she was a little girl; and I would make it a point to tell her several times throughout the day, how much I loved her hair!

You may also pick up her favorite movie or book; if your daughter is anything like mine, she will want to talk about the movie, amongst a million other things. I allow her to read the book to me if she is in a talkative mood; and we stop and discuss it as she reads.

Also, give yourself enough time to schedule breaks. I allow her to stop and have lunch or make a snack as well as just play with her dolls or move around for 30 minutes or so.

Tying her hair down at night with a satin scarf will preserve the style, allowing her to go a little further in between styling.

Use great products! I am telling you now, the difference between a sulfate free moisturizing shampoo and a shampoo filled with sulfates can make or break your daughter’s hair (style). Using a good hydrating deep conditioner will help to detangle and soften the hair, aiding in making it more manageable. Moisturizers that are water based and made with natural ingredients will further soften the hair while giving it flexibility.

I am NOT against blow drying or flat-ironing the hair (I just don’t do it), this will make styling the hair (in most styles) a little easier. Once the hair is moisturized, blow dry it out enough so that it’s easier to part or handle. If you are using a heating appliance, make sure that you use a heat protector.

So many mothers opt to put a relaxer in their daughter’s hair because of the hassle with dealing with their natural hair; using these tips may cut down on the frustration and save your daughter’s hair from severe damage, breakage, and thinning!