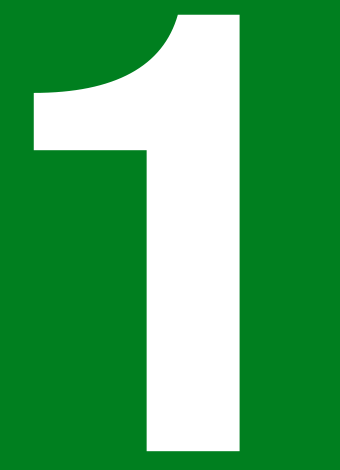 (Eleventh in a Series)
Metabolism – Converting Food Into Energy
As covered in the Tenth Article in this series, the body needs fuel and oxygen to operate, and the process by which the body changes the food you eat into energy and internal building material is called metabolism (from the Greek metabole “change”).
This conversion is achieved by a complex biochemical process, where calories from carbohydrates, fats or proteins are chemically combined with oxygen to form cellular building blocks while also releasing the energy your body needs to function.
Let’s take a closer look.
Catabolism and Anabolism
Our food consists of carbohydrates, proteins, and fats, usually in the form of large, complex molecules. The body cannot build muscle, nor can it maintain organs, with the proteins it consumes, but must first break them down into amino acids, which are then combined to form proteins the body can use as building blocks.
Exergonic Reactions
An exergonic chemical reaction is one where large molecules (such as food) are broken down into smaller molecules with the release of energy. The word comes from the Greek, ex- out, ergon work, meaning energy (work) is released; energy, of course, is most commonly measured by the work it can perform.
This process is also known as Catabolism (Greek, cata- down, ballein to throw).
Endergonic Reactions
An endergonic reaction is one where new proteins are built from amino acids, and is a process that requires energy. The word, again, is from the Greek, en- in, ergon work, meaning it takes in-uses-energy.
This process is also known as Anabolism (Greek, ana- up, ballein to throw).
So, depending on which way the “throw” is made, down for breaking down and releasing energy, or up for building up and using energy, it’s either Catabolism or Anabolism.
Combined, Catabolism and Anabolism make up Metabolism (Greek root, meta- along with, among, ballein to throw).
And the messenger service which carries released energy from the point of catabolic extraction to areas of need is called ATP (Adenosine Triphosphate, an intermediate molecule capable of storing large amounts of energy in its chemical bonds for relay to anabolic processes or other areas of energy needs such a muscle contraction.
Basal Metabolic Rate
Also called Resting Metabolic Rate (RMR), BMR indicates the amount of energy used by the body while at rest in a neutrally temperate environment (too hot or too cold places additional energy requirements on the body), in a post-absorptive state-meaning the digestive system is also at rest, which usually requires about twelve hours of fasting.
The energy consumed in this state of rest is to fuel the basic (basal) needs of the organism, such as the heart, the lungs, the brain, and the rest of the nervous system, the liver, kidneys, the sex organs, muscles, and skin.
During any given day, the basal life processes (BMR) use about 70% of the body’s total energy requirement, the digestive processes use 10%, and the remaining 20% goes to power our physical activities.
Of the 70% used by BMR, the liver uses 27%, the brain 19%, the heart 7%, the kidneys 10%, skeletal muscles 18%, and other organs 19%.
Knowing how much work the liver has to perform constantly, that’s hardly surprising. It is surprising though that the heart, which never ever rests, uses only 7%-a very efficient muscle, that.
BMR Measurement
An accurate measurement of BMR is a complex process that involves a gas analysis through either direct or indirect calorimetry (the measurement of quantities of heat)-don’t try this at home.
A rough estimation of BMR can be made through an equation using age, sex, height, and weight. Many online tools are available using these factors to calculate your BMR. Use them.
BMR can also be estimated by the determining the amount of lean tissue that makes up your body. Lean tissue at rest, whether male or female, burns roughly 16 calories per pound per day, so once lean mass is determined and multiplied by 16, you’d have the basal caloric need for that person.
Why Do You Care?
That takes us back to our old friend 1LTD, the First Law of Thermodynamics. To lose weight you need to burn more calories than you consume; and in order to establish exactly how many calories you burn during any given day, you need to account for BMR, which is 70% of that amount.
The proud owner of a body containing 125 pounds of lean mass would have a BMR of roughly 2,000 calories. Another 300 or so calories are spent by the digestive system. The rest is physical activity; say 600 calories depending on what you do.
This person would burn 2,900 calories a day, so in order to lose weight he or she would have to consume less than 2,900 calories. 1LTD.
Exercise and BMR
Anaerobic exercise-such as weight lifting-builds muscle and alters the lean mass equation in favor of lean. This will raise BMR. While aerobic exercise is beneficial for the cardiovascular system, and while it in itself burns calories, there is no direct link to suggest that it affects BMR in any significant way.
Bottom Line
1LTD rules. But in order to burn more calories than you consume, you need to know the numbers.
BMR makes up 70% of what you burn. It therefore needs to be estimated or measured as accurately as possible.

See also  11 Reasons Why Weight Loss is Difficult For You

What Type of Exercise I Can Easily Do During the Day to Lose Unwanted Weight?

January 21, 2021 Fitness Comments Off on What Type of Exercise I Can Easily Do During the Day to Lose Unwanted Weight?

Importance of ExerciseExercise and nutrition always go hand in hand for optimal health and general well being. Exercise increases your metabolism, the process of burning calories obtained from food. Exercise, especially aerobic exercise, plays a […] […]

The Magic of the GI Tool to Lose Weight Fast

February 25, 2021 Nutrition Comments Off on The Magic of the GI Tool to Lose Weight Fast

Diet and nutrition is a subject that is constantly evolving and changing with new information, new trends and fads, and new studies. The latest buzz word that it has yielded is a term known very […]

You just don’t get it. You’ve been doing the same exercises day-in and day-out. The intensity is the same, the frequency and length of time has not also changed. You have not also made any […]